Can I use a bookshelf speaker as center channel? Read before you try it!

When it comes to home theater speakers, I know that there is this general guideline that audiophiles like to follow, which is to use similar speakers in all the positions that require one. Generally, that means that all the speakers are made from the same wood grain so that they can create a uniform look and allow full immersion when enjoying your favorite shows or music.

And because of that, many have purchased book shelf speakers. However, that will cause some minor issues and often times, the question of can I use a bookshelf speaker as a center channel speaker comes up.

A bookshelf speaker can be used as a central channel in a home theater setup. You can use just one speaker rather than both. However, be aware there might be issues with crossover between the tweeter and woofer as you tend to place the speaker on its side rather than standing up.

In this post, I will shed some light on whether you can do that, the impact, as well as some alternatives.

Read more: Wharfedale Speakers: What You Need To Know Before Getting Them

I am an Affiliate for Amazon and other merchants, which means I may make a commission if you purchase something through the links here. There is NO extra cost to you at all, and THANK YOU so much for the support. Learn more here. What is a center channel speaker?

In a home theater setup, the central channel speaker is probably the most important piece of the puzzle. If you are planning to spend some time watching movies with your setup, a center channel is critical as it delivers up to 70% of dialogue and vocals.

According to experts, the center channel is meant for projecting conversations where it comes out right in the middle of the soundscape.

Without one, you are unable to fully enjoy the experience the film makers intended for you to enjoy, and that’s a pretty big bummer if you ask me.

Read this too: Focusrite Scarlett 2i2 Vs 2i4: Which audio interface is better for you?

Why do you need a center channel?

The center channel is the one that is doing the bulk of the work by delivering the conversations that give movies more meaning.

And since there is a dedicated speaker doing this job now, sound does not need to be split between the 2 speakers and take on a stereo audio setting.

When you set up with only front speakers, the sound is mixed between the two, forming a sweet spot down the middle. This requires you to place the speakers in the most optimal position, and any deviance will result in less than ideal sounds. This also means you will need to sit right in the sweet spot to enjoy the full benefits, but we all know that is sometimes not possible.

A center channel speaker solves this problem by widening the sweet spot, so even if you are lying on one side of the couch, you can still receive an optimal soundstage.

If on the other hand you are in a studio setting, using a center channel might not be ideal. This is because in a studio, you are mixing based on stereo imaging and a phantom center.

When you introduce a center channel speaker in this scenario, it removes the phantom center.

As such, if you are sitting off center in a studio, your mix is very likely to be off.

In terms of usage, a center channel speaker is meant to broadcast mid range sounds such as vocals and dialogue, while a bookshelf speaker is used as a run in for stereo music and has a wider range of sounds.

And obviously from an aesthetic point of view, they are somewhat different looking as one is meant to fit horizontally while the other is designed to stand vertically.

Read this too: RODE Procaster vs Shure SM7B – Which should you choose?​

If you wish to use a bookshelf speaker as a center channel speaker, you need to be aware of the main differences.

In a home surround system, you can use a bookshelf to take the place of a center channel, but you should take note that center channels are made for the purpose of vocals and speech. They are more specialized compared to other speakers in your setup. In fact, no other sounds will typically come from a center channel unless they manufacturer sets it up not according to industry practices.

Next, you should also be aware that when you place a bookshelf speaker lying down, it creates an off-axis response in the speaker. As you might know, tweeters are set up with a left right off axis response, but when it is placed on its side, this now becomes an up down off axis response instead.

The effect is that the sweet spot becomes very narrow. To overcome this, you might be able to open your speaker up and turn the tweeter 90 degrees so that it has a left right off axis response now.

If you are planning to use a bookshelf speaker in a studio instead, my advice is not to do so. They are simply not designed to do so. You might think that you can use it as a replacement for studio monitor, but again, the answer is no. They do not have a flat response which is critical in a studio environment. So now you might have decided that you don’t mind using a bookshelf speaker, maybe on a temporary basis. How do you place it?

In the cinemas, the central channel speaker is placed behind the screen, but in your home theater setting, you should place it either centrally below or above your screen. However, some people might be concerned about the position of the tweeter as it is now off center by a couple of inches.

So what should you do?

The simple answer is you do not need to do anything. Frankly, in a home theater setting, you are not sitting very far from your sound system, unlike in a large movie theater. That also means that a few inches off center will not have any noticeable effect on your auditory pleaseure.

I would rather pay more attention to the looks of a bookshelf speaker and how well it blends with my overall setup.

What is the best center channel speaker?

Here are 3 highly reliable and recommended models that you can consider. 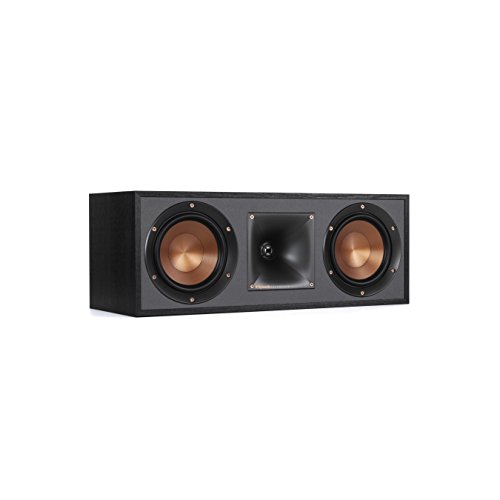 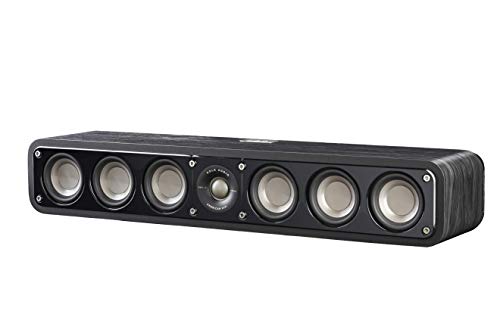 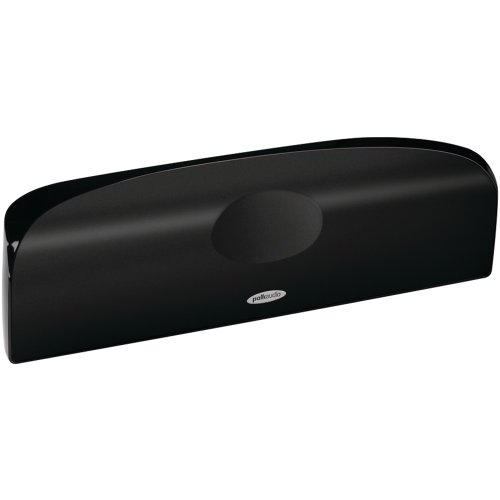 Can I use a regular speaker as a center channel?

Yes, you can use any regular speaker as a center channel speaker, but do not use a subwoofer. However, most speakers are designed to be taller than they are wide, which means that it can be difficult to achieve a nice balance aesthetically.

Can I use 2 bookshelf speakers as center channel?

Personally, I think that it is not necessary to do that and you will have a nightmare figuring out how to place them. Even with using just one, some people would have difficulties fitting it on their console. If you really want to use 2 bookshelf speakers, you would have to ensure that your receiver is able to handle the Ohm load for running both of them.

Can I use tower speaker for center channel?

Yes, you can, but the main challenge will be how you make it fit. A tower speaker is quite tall, usually around 3 feet, and if you can get around the issue of placing this unit in front of your display, you can use a tower speaker as a center channel speaker.

Can I use soundbar as center channel?

Technically, yes you can, but it is not usually recommended. The reason is that if you use your soundbar as a single channel, the center channel will be amplified to the left and right rather than straight on. That defeats the main purpose of a center channel. If you hook it up to 3 channels, there is a high risk of interference, which means you are sacrificing quality.

Thanks for reading till the end. Soundproofing Hacks is supported by users like yourself. If you found our content useful, consider buying us a coffee here. It goes a long way in keeping our doors open. Thank you.

In conclusion: Can I use a bookshelf speaker as center channel?

If you find yourself in a situation where you need to use a bookshelf speaker as a center channel speaker, now you know that you can do so, but with a few caveats.

The sound quality might be degraded slightly, and you may not enjoy the full experience of a complete surround sound system, but it can be done if you accept these flaws.

My personal recommendation is to stick to a dedicated center channel speaker so that you can fully utilise your home surround system.